The Karnataka High Court officially known as, Karnataka Uccha Nyayalaya is the High Court of the Indian state of Karnataka. It is located in Bangalore, the capital city of Karnataka. It was previously called the High Court of Mysore. The High Court functions out of a red brick building known as Attara Kacheri. The High Court is located in a building called as Attara Kacheri (meaning “the Eighteen Offices”). It is a two-storied building of stone and brick, painted red, in the Graeco-Roman style of architecture – a structure of vast expanse with Ionic porticoes at the center and at the two ends of the elevation. The construction of the building was supervised by Rao Bahadur Arcot Narayanaswami Mudaliar and completed in the year 1868. It was earlier named as Old Public Offices and got its name of Attara Kacheri when the eighteen departments in the general and revenue secretariat of the Mysore Government were shifted here from their crowded premises in Tipu Sultan’s summer palace. Tipu’s Palace was only a temporary house for the offices. When Bowring took over as Commissioner after Mark Cubbon, he found the building unsuitable, both because of its state of maintenance as well as its limited accommodation which no longer sufficed for the much-increased work of administering the erstwhile Mysore State. It was he who conceived and prepared the plans for a full-fledged secretariat building in the city area. The construction was taken up in 1864 and completed at a cost of Rs. 450,000 in 1868. There was a proposal to demolish this building in the year 1982. However, public interest litigation (PIL) was filed in order to save this old building from getting demolished. This was the first PIL to be filed in the Karnataka High court and the case was heard in the very building that was supposed to be demolished. In August 1984, the judges M. N. Venkatachaliah and Vittal Rao pronounced a judgment that stayed the demolition. The equestrian statue of Mark Cubbon was formerly located in front of the High Court. It was moved to Shri Chamarajendra Park (Cubbon Park) on 28 June 2020. 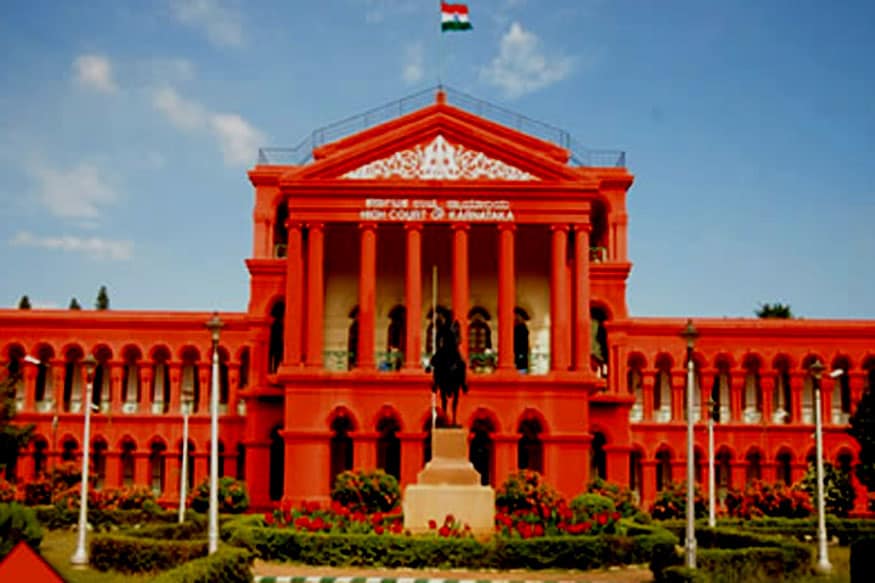 The Karnataka High Court is currently functional in Bangalore, Dharwad and Gulbarga. There was a long-standing demand for an additional bench: the location of Bangalore in south-east corner of the state caused hardship for people visiting the High Court from the distant northern regions of the state. This issue led to agitation, including boycott of court proceedings by lawyers in the northern region. The demand was finally met in the year 2006 when it was decided that circuit benches of the High Court would be set up in Dharwad and Gulbarga.[8] The new branches were inaugurated on 4 and 5 July 2008, respectively. There was later demand to make both Dharwad and Gulbarga benches permanent. Consequently, Dharwad circuit bench became a permanent bench from 25 August 2013 and Gulbarga circuit bench became a permanent bench from 31 August 2013.

When it comes to the selection process, the candidates have to take up a written exam / Interview. Selected candidates will be paid a handsome salary (as per Govt rules). The type of questions that are asked in the technical interview round differs from one position to another. There are multiple steps for the selection process for the posts of Stenographer, Clerk, Peon, Process Server, Gardner, Chowkidar, Liftman, Sweeper, Watchman, Chauffeur, Cook, etc. in the Karnataka High Court. The procedure is as follows

We advise to you for other Karnataka High Court Recruitment 2021 and selection process please read below official recruitment notification carefully before apply.

Know the current status of your case by Return SMS

Important: Case Number Record (CNR) is a unique Identity Number of each case, which remains constant. All the Advocates, Litigants, and stakeholders are requested to ascertain the CNR of their respective cases from the concerned Courts and to refer the same for all future references.